Worth the wait for this home remodel 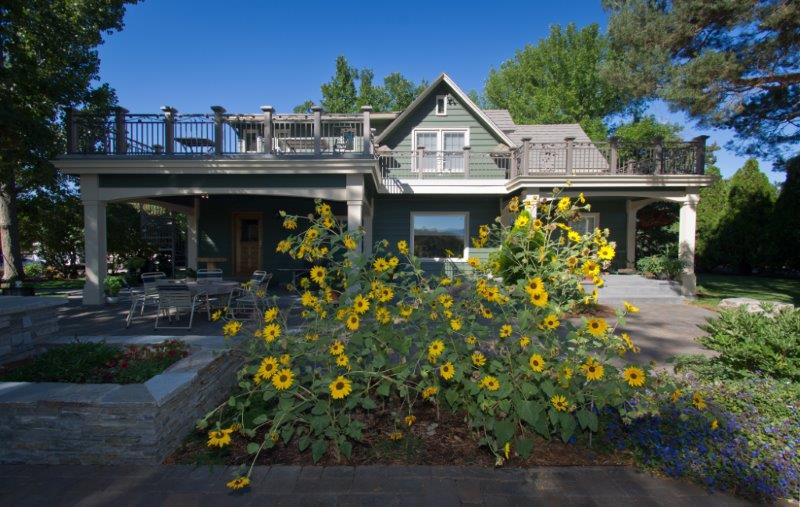 There was indeed plenty to love about their north Eagle home. Built in the early 1900s, the two-story house was situated on four acres with mature trees and a beautiful view, and it was close to Hewlett-Packard, where both Russ and Janet were employed. But after 30 years, they were ready to rekindle the love affair with their home, and that meant addressing its imperfections — some of which dated back to when they first moved in, and some that simply reflected the toll of passing years.

It wasn’t as if Janet and Russ hadn’t made home improvements along the way. Twenty years earlier they had put in an office/closet/bathroom addition, and in 2005 they added a full basement, bringing their house up to 2,600 square feet of living space that better accommodated guests and hobbies. A few years ago they created a large patio with pavers, leaving additional footers for an eventual roof.

Unfortunately, their initial remodel project created an exterior appearance that didn’t match the rest of the home. As Russ describes it, “It left an ugly wall on the east side of the house that clearly looked like an addition.” For Janet, one of the biggest drawbacks to her aging home was its kitchen. “We had redone the kitchen when we first bought our home, but hadn’t touched it since. We had formica and linoleum that was worn through, and the appliances were getting very old.” The couple was ready as well for some changes to their bedroom, which Janet described somewhat charitably as “old and dark.”

“It was faded and dingy,” she states more bluntly, “and the only source of light was a fixture we bought for $5.99 when we moved in. It was just not a place you wanted to be.” Clearly, it was time to make some improvements — and time was an additional concern of the now retired couple, who wanted to spend the rest of their lives loving their home as much as they had three decades earlier.

Russ and Janet had first talked to STRITE when they considered doing their patio addition — but this was prior to the economic downturn that caused many would-be home renovations to be put on the back burner.

“We ran into STRITE every year at the Tour of Remodeled Homes,” Janet remembers, “and we thought they were very nice people, and we admired the quality and creativity of their work. They clearly know how to remodel challenging spaces.” By the end of 2013, however, Janet and Russ were ready to do more than just talk to the nice people. They were ready to make some major changes of their own.

Russ and Janet’s remodel project, which began just before Christmas 2013, started with the master bedroom. Constrained by odd angles that made the room feel more like a cave (Russ’s description) than a living space, STRITE set about solving some structural challenges — challenges that the couple could especially appreciate given their engineering backgrounds. As Janet recalls, “In every spot STRITE had to do some pretty miraculous figuring — and figuring out how to make all those angles come together in a nice cohesive look was a lot of hard work.” To bring additional light into the room, STRITE replaced an attic vent with a window.

Moving into the kitchen, the project hit a delay when it was discovered during the demolition phase that the floor joist system would have to be replaced. “It was a mess,” says Janet. “We were putting in a slate floor, and you want that to be well supported. The more layers of old house we got down to, the worse it was.” Ah, the charms of an older home.

Other than rebuilding the floor joists, the main work in the kitchen had to do with updating rather than reconfiguring. Russ and Janet liked the existing cabinets made with quarter-sawn white oak, and elected to add to rather than replace them. “The biggest changes to the kitchen were going from formica to granite and from linoleum to slate,” says Janet. Perhaps the most challenging aspect of the kitchen remodel was choosing the appliances. “We wanted to avoid the stainless look,” Russ says. “Big surfaces of cold stainless steel don’t go very well with the warmth of natural wood cabinets.”

The couple painstakingly detailed their appliance options in a 20×30 spreadsheet, and eventually decided to hide their refrigerator and dishwasher behind wood panels, while choosing burgundy for the color of a new stove and range. “Nobody wanted us to do this because they said we’d get tired of it,” Russ recalls. “Instead, we get amazing compliments.”

Janet had long wanted a gas range and an additional oven to facilitate entertaining, which the couple loves. To enhance their culinary pursuits, STRITE added a prep sink and an under-the-counter refrigerator, both of which Janet describes as “invaluable.” To further improve the kitchen’s functionality, STRITE removed a built-in desk (these typically serve better as clutter magnets than work spaces) and replaced a countertop microwave with a built-in model. STRITE also installed a large window as the backsplash above the gas range to bring in another necessary component to great cooking: light. “It is wonderful to look outside while cooking and it’s very easy to clean,” Janet notes

As their remodel project progressed from indoors to outdoors, STRITE worked with Janet and Russ to find a single solution to a twofold problem: improving the esthetics of their home’s eastern facade and maximizing the view from that perspective. The breakthrough was in rethinking the couple’s original concept of a patio rooftop, and instead creating a rooftop patio.

“Short of putting a tower out in the field, there was no way to expand our view,” says Russ, “and I had a dream of being able to sit up on the roof with a glass of wine and look out over the valley — so Janet suggested making the roof a patio.” To better understand the esthetic impact of this option, STRITE prepared a set of engineering drawings for the couple to review. As Russ recalls, “We were able to look at it from different elevations, and it really helped us to make decisions.”

Helping with decisions turned out to be one of the benefits that Russ and Janet valued most about working with STRITE. For Russ, navigating the universe of options (“there are an amazing number”) proved to be the most challenging aspect of his remodel experience. For his wife, the challenge was less daunting. “Decisions weren’t so hard for me because I found that I could rely on the STRITE people to make the right call,” Janet says. “We spent a lot of time with (designer) Michael Snow talking through what we wanted, and I really appreciated the degree of process involved — which appealed to someone with my management background.”

Conversely, interacting with the STRITE team and participating in the decision making process was also the most enjoyable aspect of the couple’s remodel experience. Notes Russ, “The value they provide is the insight and expertise to ask, ‘Have you thought about doing it this way…or if you want to do it this way, have you considered this approach?’ They bring a wealth of experience that gets you to a better place than you would by having someone do exactly what you wanted them to do.” Janet sees her experience with STRITE through a slightly different prism. “For me, the most enjoyable part was just getting to know them. They just have such a nice way about them. They were present, responsive, helpful — everything you could want.”

As pleasant as Russ and Janet’s experience may have been during the five months their remodel project took place (which included a requested hiatus for the holidays and an out-of-town vacation), it is overshadowed by the pleasure the couple now takes from a home they have again fallen in love with. Looking at the master bedroom, Russ talks about “sleeping in a room that is much more open and inviting.” The downside? “It’s hard to sleep late with the morning sun streaming in now.” In the kitchen, Janet no longer borrows her neighbor’s oven when company comes over. “It’s a really nice space, and I love working in it.

Thinking back to Russ’s fantasy of sipping a glass of wine from the rooftop patio on the east side of their home while taking in a vista that includes Bogus Basin, Stack Rock, and sunsets worthy of a Maxfield Parrish print, you can think of his and Janet’s remodel experience as literally a dream come true. “We love it! We’re ready to stay here for a long time,” Janet says. In our industry, that assessment is the equivalent of 10 point scores from all judges…and sticking the landing to boot. 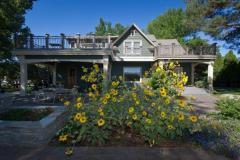 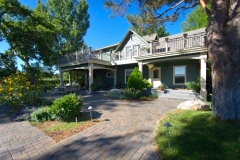 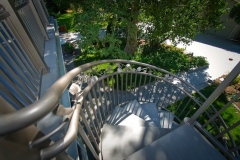 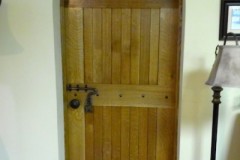 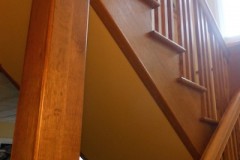 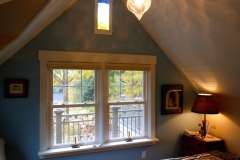 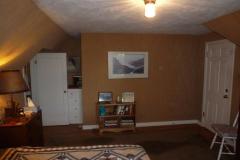 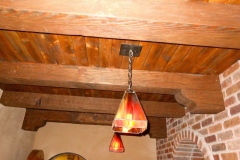 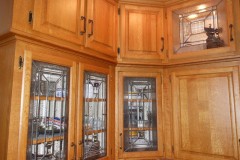 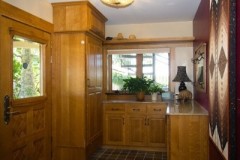 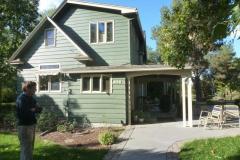 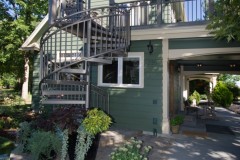 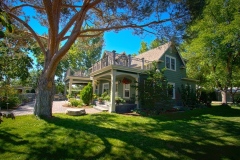 A question of balance
The ultimate man cave: Building a garage addition
Frequently asked questions
Beam us up, Scotty! Installing a beam to replace a load-bearing wall